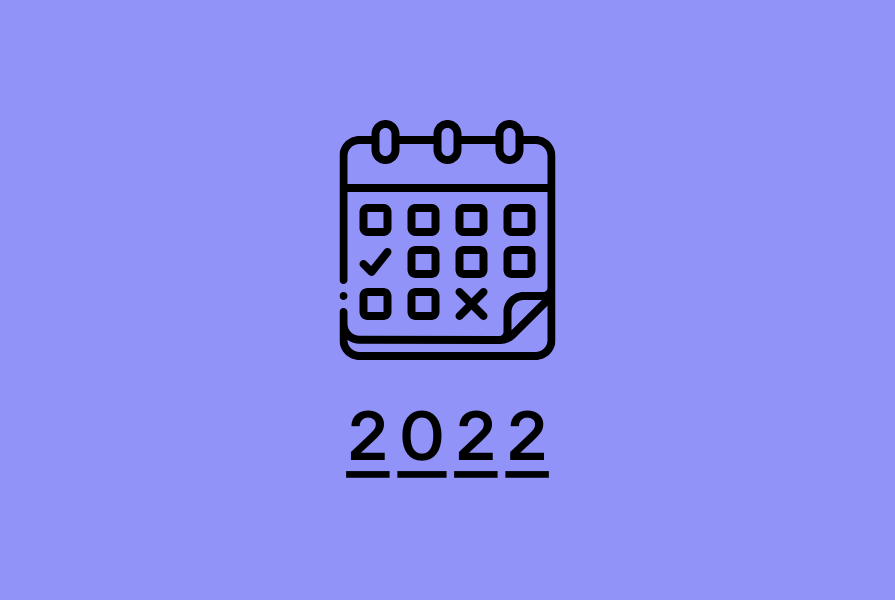 The crisis in Ukraine, inflation, climate, conflicts, the year 2022 was not an easy one for the whole world. We take a look at a selection of events that have had an impact on the economy and your personal finances.

The Russia/Ukraine conflict has turned the year 2022 upside down. Beyond the human toll, the consequences of the war have been felt on the global economy. The rise in energy prices (especially natural gas) has had a major impact on Europe and countries such as France and Belgium. The energy crisis has spared no one, not even large companies like the food giant Cofigeo, which has had to lay off hundreds of employees (source france-3-regions).

And that's without counting the shortages of food, raw materials and medicines that have resulted from the war in Ukraine.

Like an episode of the Terminator, inflation is back. The price evolution index has increased throughout 2022. According to a report by INSEE, the increase in consumer prices over the year is +6.2% (source Insee), a figure established in November 2022. In France, primary products have seen a faster rise in prices than other products, up to 16% over one year for products at the bottom of the shelves (source francetvinfo.fr).

2022 was the warmest year on record. While for some, global warming was still a pipe dream, for most it has become a reality. Indeed, the summer was marked by numerous natural disasters (heat waves, fires, drought, floods) caused by the phenomenon.

- On 28 February 2022, the IPCC published the second part of its assessment report, an alarming report on global warming. The third part was published on 4 April 2022 and proposed several ways to limit global warming.
- COP27 in Egypt from 6 to 18 November 2022 in Sharm el-Sheikh.
- The 15th Conference of the Parties to the United Nations Convention on Biological Diversity (COP15) which took place in Canada in December 2022.

2022, A BAD YEAR FOR CRYPTOCURRENCIES

Scandal and bankruptcy of the FTX platform, fall of the Bitcoin price (-56%!) according to LeMonde,, the cryptocurrency sector was in crisis in 2022. The market has largely lost value after its advent in 2021. While they are now part of the financial landscape, some of these virtual currencies are not likely to endure. This does not mean that they are not a relevant investment, provided you choose them well and know the environment of this financial manna!

In 2022, the AMF approved the marketing of 628 new European investment funds according to Boursorama, a slightly lower score than in 2021 when 692 new European funds were approved.

PROPERTY RATES ON FIRE IN 2022

In France, the year 2022 was marked by a surge in mortgage rates! There has been a steady increase over the months. We started the year with a rate of around 1%, and ended up with a rate of over 2% in December 2022.

RESPONSIBLE INVESTMENT IN 2022, in progress BUT...

Sustainable finance assets and funds have slowed down after their explosion during the pandemic. This is a normal phenomenon, linked to the market correction. However, 2022 was the year of a certain mistrust and distrust. While SRI was establishing itself as a new standard, we also heard the words "ESG washing". This was due to the fact that the specifications for ESG criteria and SRI (Socially Responsible Investment) were still unclear.

It is true that following the exceptional energy crisis linked to the Russian invasion of Ukraine and the resulting sharp rise in fossil fuel prices, ETFs with ESG characteristics have tended to underperform their benchmarks. The reason for this is simple: this type of investment excludes areas such as fossil fuels and the arms industry; two sectors that have benefited from the geopolitical context.

However, this is a short-term observation, in contrast to the major societal and environmental challenges of our time. Climate action and the energy transition continue to attract increasing amounts of funding, gradually redefining the economic landscape and the way our societies operate. The companies showing the greatest capacity to adapt and the expertise to contribute to this transformation will be the major players of tomorrow.

The lines have also moved at the regulatory level. ESMA, the European Securities and Markets Authority, has published its action plan up to 2024. The priorities are to combat greenwashing, to improve market transparency by implementing ESG impact reporting requirements and to better address the specific risks inherent in sustainable finance, such as access to specific types of information and the introduction of climate stress tests for responsible and sustainable investment funds.

There is still much work to be done to consolidate the already solid foundations of responsible finance. But progress and new, stricter standards are expected. Rome was not built in a day! Despite the crises and the many challenges facing the market as a whole, we are convinced that this strategy is right for your portfolio and for future generations.

At Birdee, we take great care in selecting our portfolios to ensure that they comply with current (and future!) standards and criteria. For a responsible, efficient and profitable investment!

How eco-friendly are you?

Why we believe in socially responsible investments

FIND OUT HOW THE APPLICATION WORKS